Jack Sullivan has for many years written an article for each Swirl about some form of Ohio bottle or stoneware history. I have been concerned about preserving this legacy for some time. … 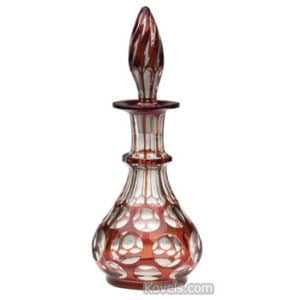 I received a link to “The History and Evolution of Perfume Bottles” that you may find interesting. The International Perfume Bottle Association is a member of the FOHBC and has a very informative website. Spencer Darby thought it would make a good addition to our resources and could help others. Spencer is a Boy Scout and one of our young members. Thanks Spencer.

Louis Fifer and his father John had found a bottle shard while digging at the Ravenna Glass Company site in Ohio. The Ravenna Glass Company started production in 1857 and closed in 1864. Known today for many marked historical flasks, they were also known for using high quality glass. The Fifer’s only clue  to the bottle was the partial embossing “GETA” and below “ORM.SY” on the shard they found. After some detective work and with help from Matt Lacy, it is with great excitement that Louis was able to find and add a complete/intact example to his collection. The ROGERS VEGETABLE WORM.SYRUP CINCINNATI is small aqua pontiled medicine that was hand blown in Ravenna for a merchant in Cincinnati, so many miles away. See all the pictures in “Read More”.

Gary Beatty sent me some pictures of a Kaiser Wilhelm Bitters from Sandusky, OH that he picked up at Chattanooga. I did some research, but little is know and nothing is listed in the Sandusky City Directory according to the sources. Those that I saw listed on ebay where mostly clear with a few ambers. In doing my research, I saw a number of Kaiser Wilhelm Bitters that were amethyst in color, interesting.  Gary’s claims his had been nuked, was dull with stains and begging for a good cleaning. Gary was able to restore the bottle to the original condition. Beautiful bottle! See an advertising tray and a website in the “Read More”.

The Suffield Historical Society invites the public to their meeting on Monday, Sept. 21 at 7 pm. Brian Gray, Glass Curator of the Portage County Historical Museum, will discuss “Decorative Glass” and evaluate any glassware pieces brought to the meeting. The Society meets in the Community Room of The Suffield Township Firehouse, 1256 Waterloo Rd. Magadore, OH (located near the intersection of Route 43 and Waterloo Road).

Once again Don Dzuro has completed a historic accomplishment with his Ohio Brick Book, 2015 Edition. With approximately 424 pages, 2353 entries, plus updated Ohio Brick Makers, both manufacturers and individuals, Don has added the Ohio Brick Book to his other two books.

Beginning in the mid 1800’s, poisonous substances came onto the market to control plants and vermin, and as surface cleaners. To prevent mishaps, poison bottles were given distinctive features, which today make them fun to collect. Colors like cobalt blue, inky black, and dark green ensured they were easily recognizable.

“Tis the Season …for Victorian Illumination Lamps by Rick & Berny Baldwin. Commonly referred to as “Victorian Christmas lights” in the U.S. because of their celebratory and festive usage, Victorian illumination lamps represent a class of vintage glass collectibles that possess historical provenance,

Brian Gray presented an outstanding program for the Ohio Bottle Club on paperweights. I have uploaded to youtube 7 minutes of the 23 minute presentation. Paperweight Presentation on youtube. See more video presentations on the Videos/Articles page.

When Cleveland’s Leisy Brewing Company closed its door for the last time in 1958, it marked the end of one of America’s longest surviving family breweries. Today it is best remembered by collectors who treasure both the pre-prohibition and later memorabilia 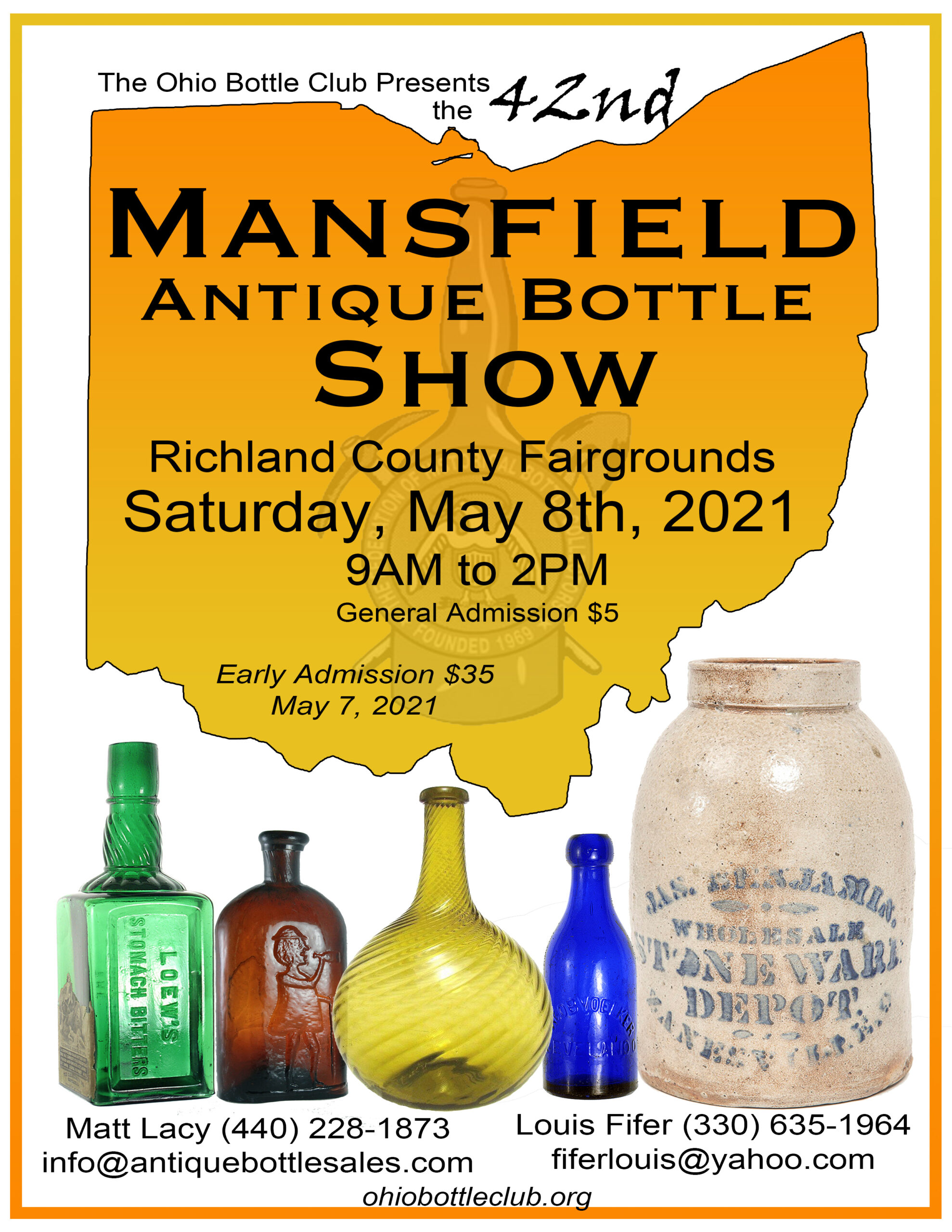