Bring your affordable flasks to the April Meeting. Mansfield is only a week away. March had a lively program with members sharing their purchases. Six people brought in “purchases” with Chris Gudzinas to start. He had a variety of bottles. Included were 2 poisons, Youngstown sodas, an Italian spun wine bottle and a Wheeler Mineral Springs quart Hutchinson from Youngstown. He goes to a 1930’s dump in Youngstown and had a very small crock found which was his smallest yet. 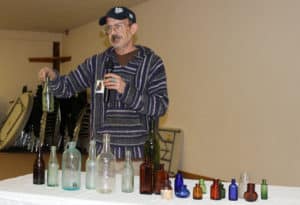 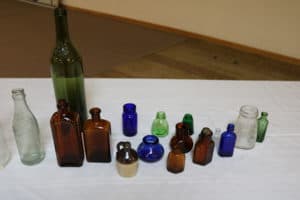 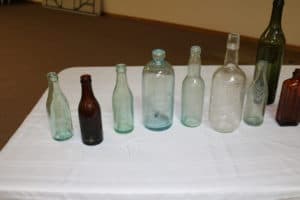 Adam Koch was happy to bring a small sponge teapot by Morton ware that he purchased at an auction. He also had a yellow ware salt bowl along with a Bennington Inkwell. All were very nice to see. 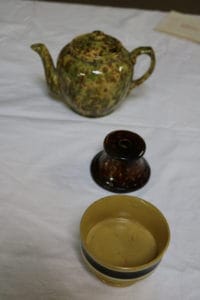 Alan DeMaison  had a 1938 French Creek Valley book which has the early  history of the Meadville settlers  who mostly made whiskey and peach brandy. It is signed
by the author. A purple violin bottle with Auburn Die Co. was a 40th anniversary piece. He showed us four scroll flasks and some with dirt stuck in the neck.Two were aqua,
one amber, and another yellow/green. They come in no exact color  because they differentiate by shades. 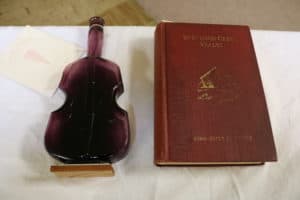 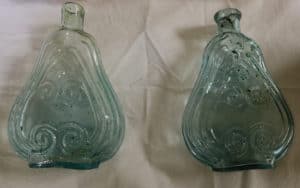 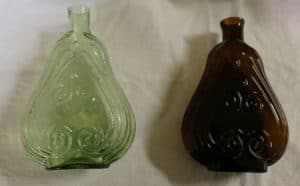 Todd Knisley  brought an early assortment of free blown and pattern molded items. The dates were from the 1760’s to 1830’s. They were from the New England  and
New Geneva Pittsburgh areas. He had wine bottles, pocket and table flasks, and medicine vials. It was impressive to see a very large free blown globular bottle weighing
approximately 8 pounds straight green from the 1820’s. A New England pitcher was nicely threaded extending far down indicating done after the 1800’s.  The flask was 16
rib, two toned, and pre-Revolutionary War. Among the “purchases”  also was a very nice early case gin. 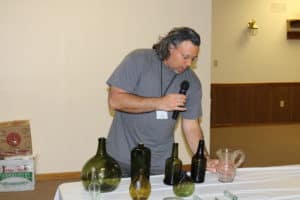 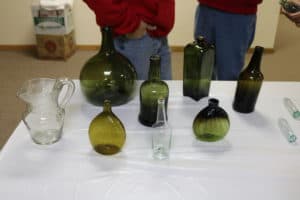 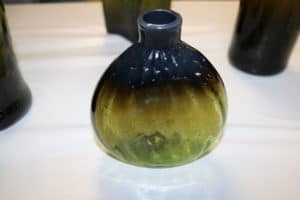 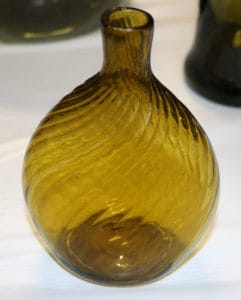 Louis Fifer had lots of historical flasks of all colors. As usual they were beautiful and rare. 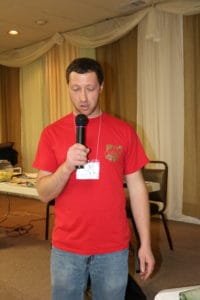 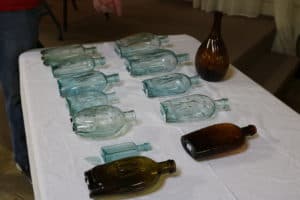 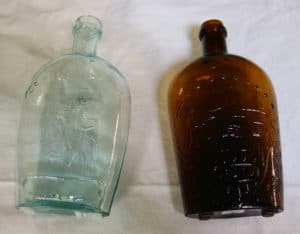 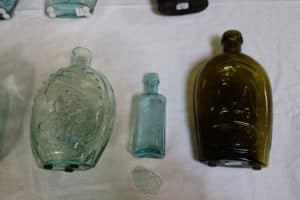 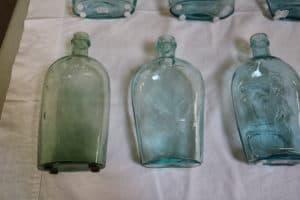 Jim Salzwimmer had the eagle mold  in different colors. The unusual pontel let us know it was after the Civil War. The New England  ink was very rare and was late
1700. 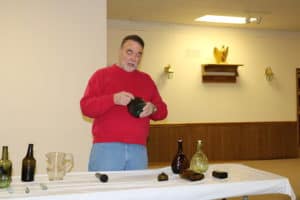 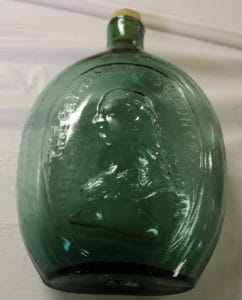 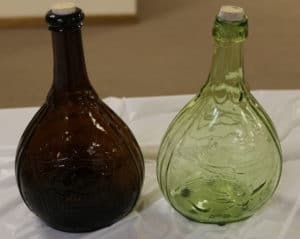 Alan accidentally  forgot to mention the New England railroad lamp brought in by Rodger Hardestry. I was curious about it because it had only one round light. Rodger showed me a switch which allowed  3 different lenses that could be used. I hope everyone going up to look at all the “purchases”  had a chance to peak at it because
it was the oddest lantern  I had seen. 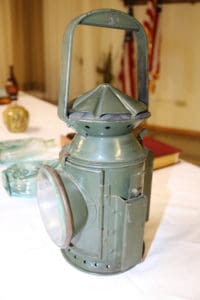 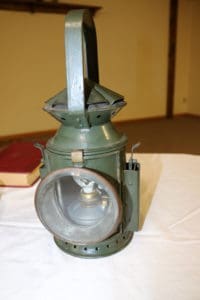 Other pictures from the March meeting. 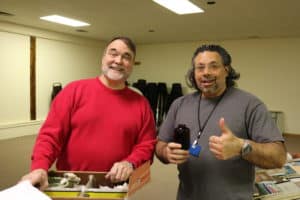 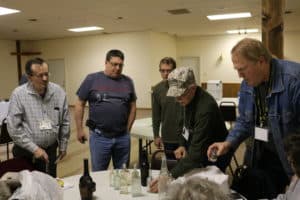 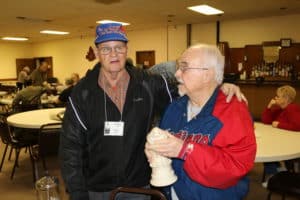 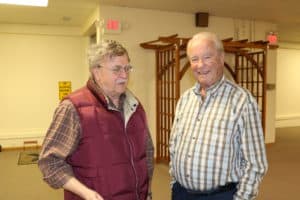 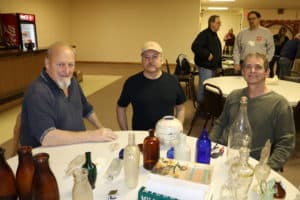 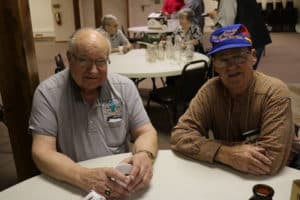 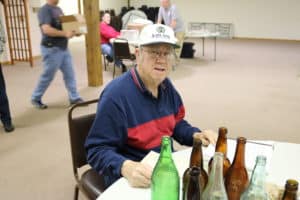