For many young people today, the milkman must seem like some creaky myth from the past. In fact, it wasn’t all that long ago that milk in bottles, delivered fresh daily, was the norm across the United States and Europe—in some areas, the practice is still common.

While some are content to recall the era of the milkman, others keep the memory alive by collecting vintage milk bottles from the late 1800s through the mid-20th century, when waxed-paper cartons sold in supermarkets put many local milkmen out of business.

In the late 19th century, milk was routinely scooped directly from the farmer’s churn into jugs that customers would leave on their doorsteps. The first milk bottle in the United States is normally credited to Harvey D. Thatcher, a New York druggist who introduced his milk bottles in 1884. Legend has it that Thatcher was disgusted after watching a milkman dip from a can into which a child’s toy had dropped. Early Thatcher “milk protector” bottles are embossed with a seated Quaker farmer milking a cow. Replicas of this bottle are readily available, but originals are scarce.

Most milk-bottle manufacturers embossed logos onto the bottles they produced, which makes it relatively easy for collectors to differentiate among the plethora of dairies. Both corporate and mom-and-pop dairies had their logos embossed on the outsides of what are now considered antique milk bottles. Some sellers used the exterior surface of the bottle as advertising space.

The earliest milk bottles, which tended to feature a bail-type closure (also called a swing stopper), tend to be the most collectible. Near the turn of the 20th century, bottles requiring bail closures were replaced with so-called “common sense” bottles that were fitted with paper caps at their mouths.

Each regional dairy commissioned its own bottles, but there is little variety between the bottles themselves. Milk bottles are almost exclusively cylindrical with a short- or medium-length neck. Few had long necks, although that shape was slightly more common in France. Milk bottles also tended to have a rounded collar but not a wide mouth to make pouring easy.

As the 20th century progressed, milk bottles got shorter and squatter, and fewer dairies went to the expense of having their bottles embossed with their logos or slogans. Instead, they followed the lead of soda bottles and used applied color labels, which are known in the trade as ACLs.

In addition to having a fairly standard shape, milk bottles are also almost unanimously clear. For a while, some amber-colored milk bottles were produced, a response to the urban legend that dark glass would keep milk from spoiling when exposed to light—in fact, heat is the culprit. On rare occasions, white milk glass and green glass were also used.

Today, when collectors want to display their vintage milk bottles, they commonly fill them with white sand or a similar substance to make them look like they are filled with milk. 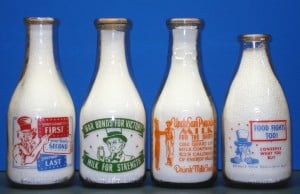 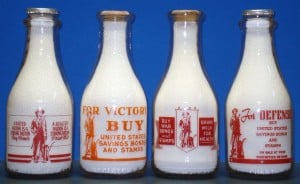 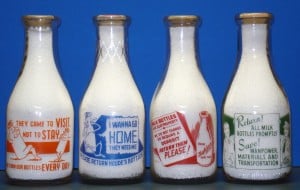 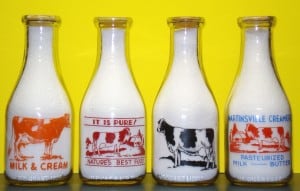 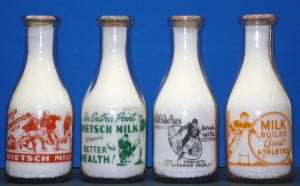 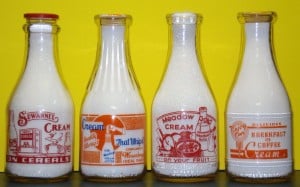 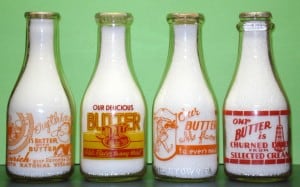 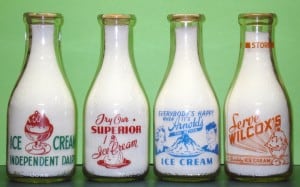 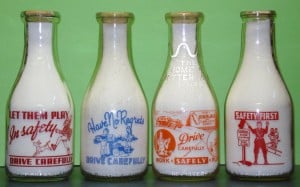 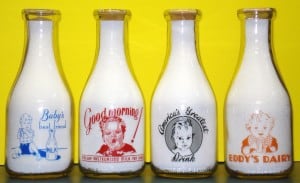 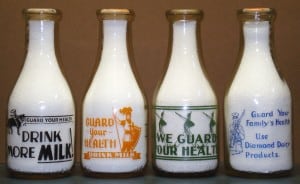 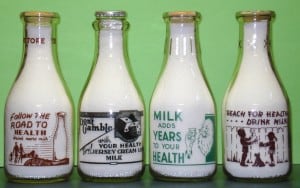 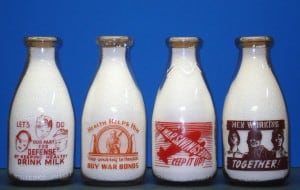 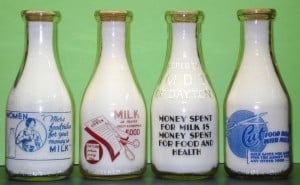 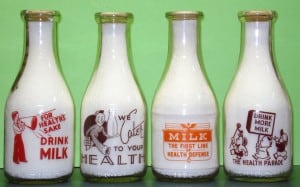 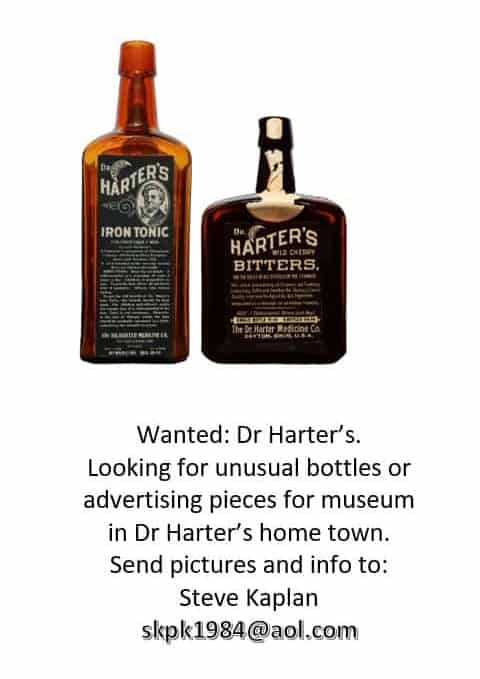 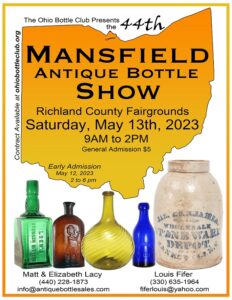 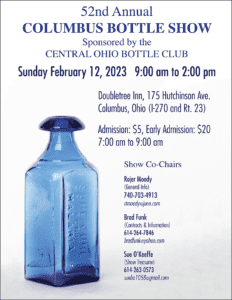 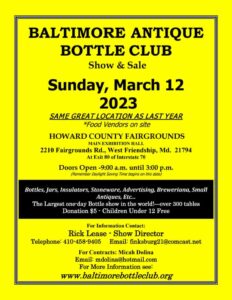